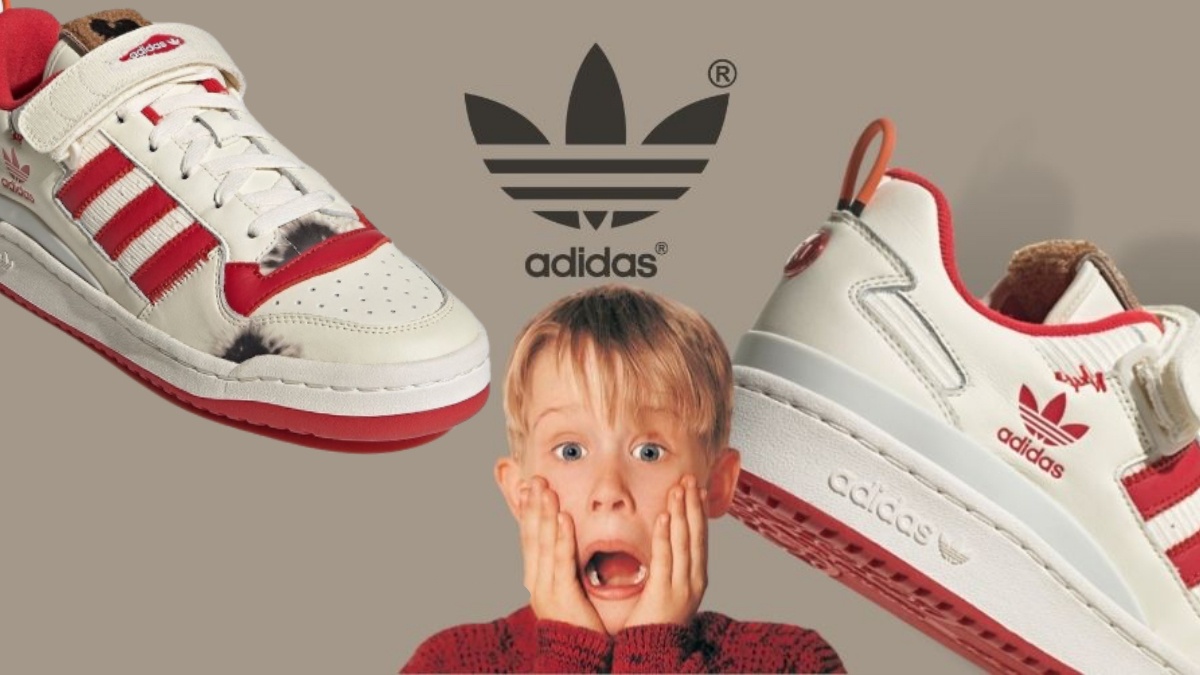 The holidays are just around the corner, dear community. We realise this in the supermarket, where gingerbread, Christmas decorations and Advent calendars have already found their place again. adidas is now preparing us as well, because the popular Forum gets a Kevin - alone at home makeover in the 'Home Alone' colorway.

So the new Forum Low is inspired by the Christmas film series "Home Alone". For those who don't know the film, a short review: The story is about the McCallister family who want to go on holiday with the whole family at Christmas, but in all the excitement forget their son Kevin at home.

While Kevin is 'home alone' for Christmas, he tries to defend his house against two burglars named Harry and Marv.

In the film, Kevin sets all kinds of traps to outwit the burglars. These are also partially reflected in the design of the adidas Forum. The upper material is kept in a slightly washed-out white and comes with red elements as highlights. It also features various brandings that refer to the film.

For example, the film's logo can be seen on the heel and the words "Home Alone" are sewn onto the tongue. There is also an emblem with the letter "M" on the heel, which refers to the McCallister family.

The model is also equipped with various insoles on which scenes from the film are printed.

The Home Alone x adidas Forum Low also comes with several pins, a sticker and a keychain, as you can see in the picture above. The pair does not have an official release date yet, but is expected to be released before Christmas 2021.

Keep an eye on our release calendar to be informed about the exact dates and to make sure you don't miss out on the special look. Find more adidas Forum models here in our search engine.