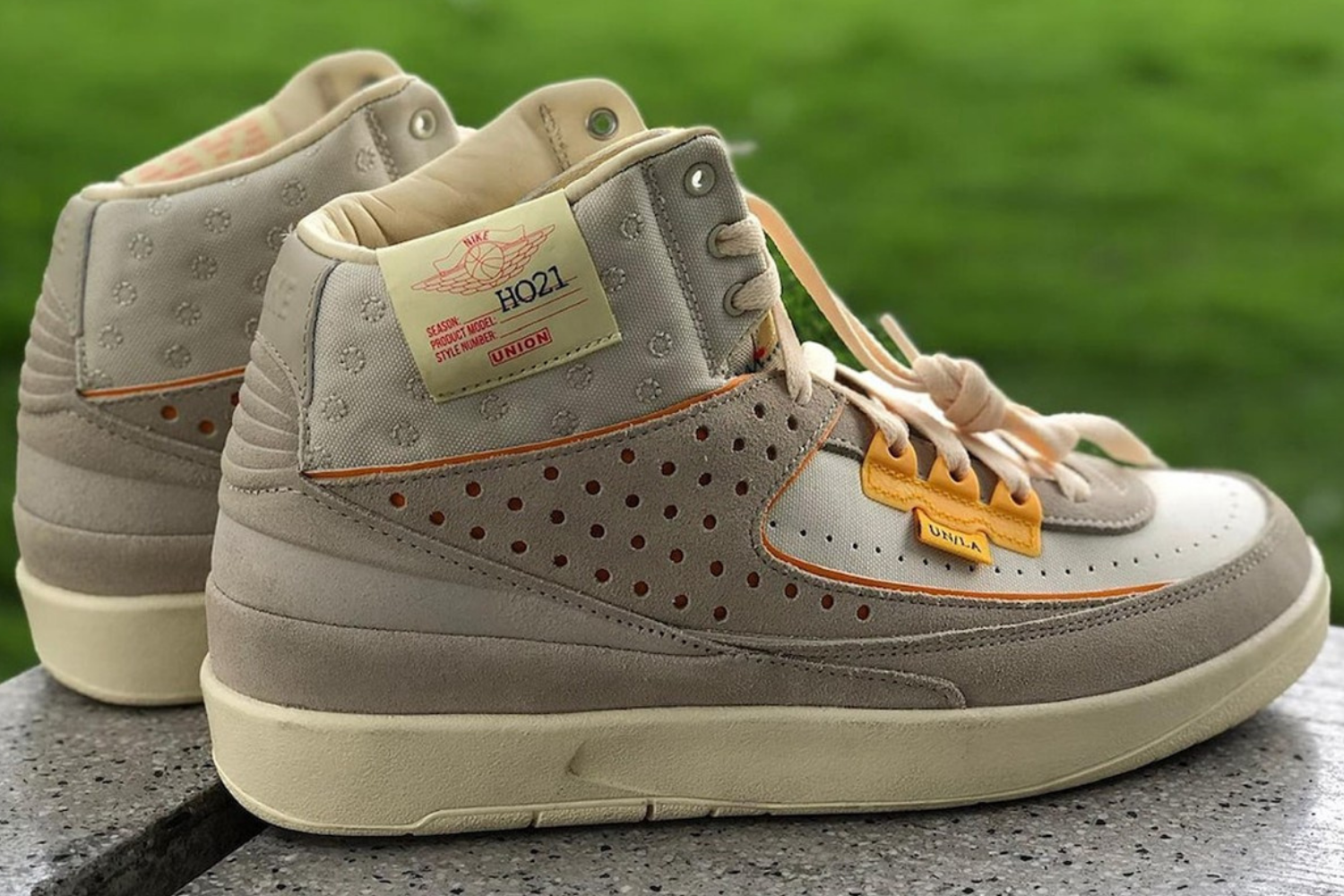 UNION Los Angeles has once again teamed up with Nike to bring out an Air Jordan 2. The sneaker comes in a 'Rattan' colorway and combines the colours grey and orange. Earlier, images of the 'Grey Fog' already surfaced with blue details. The 'Rattan' has no official release date yet, but is expected in 2021.

This is not the first time UNION has partnered with Nike. The Los Angeles-based store released four different colorways of the Air Jordan 4 in 2020 and 2021. The 'Taupe Haze', 'Desert Moss', 'Guava Ice' and 'Off Noir' combine different materials and have been given a chic look.

Now the Air Jordan 2 gets a UNION makeover. The sneaker has a grey upper and is made of canvas. The overlays on the 'Rattan' are suede and share the same shade of grey. The pair features 'Orange Peel' details, as well as the overlays on the centre panel. At the lacing eyelets, the colour yellow makes its showing.

The UNION x Air Jordan 2 'Rattan' does not yet have an official release date. However, the sneaker is expected to be released in 2021, most likely during the holiday season. 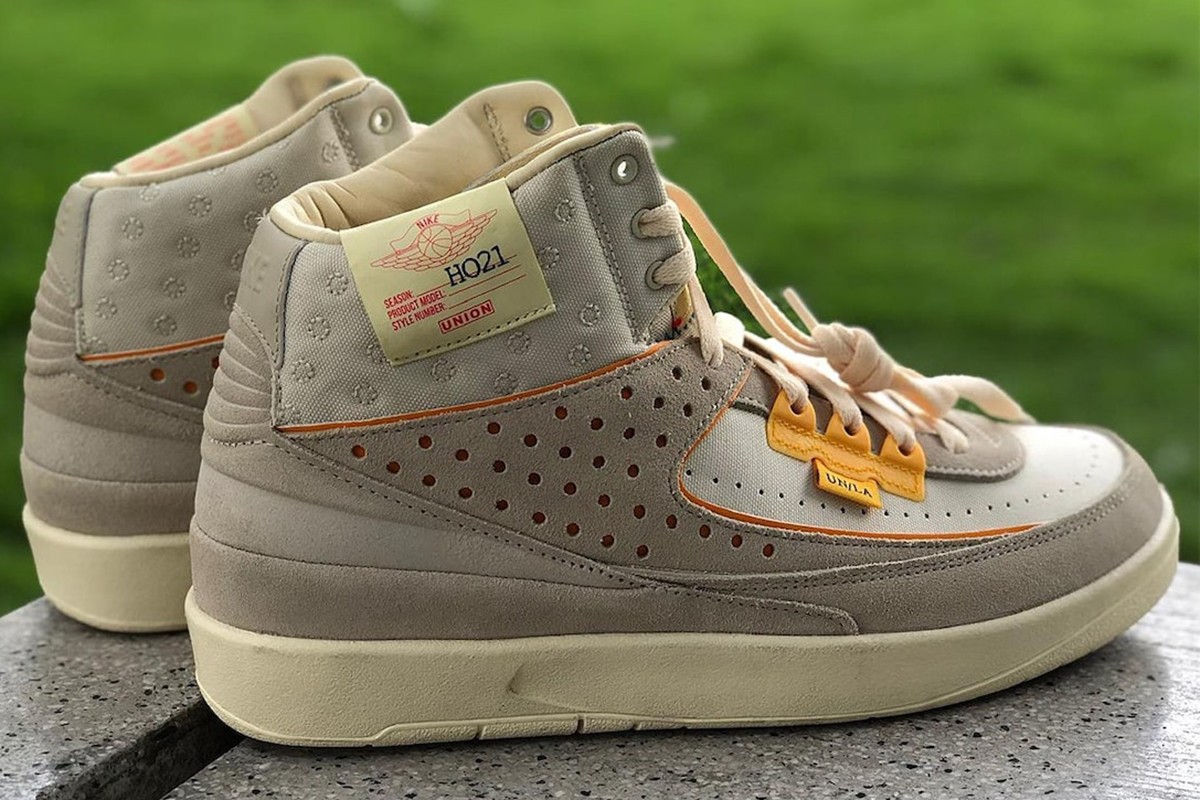