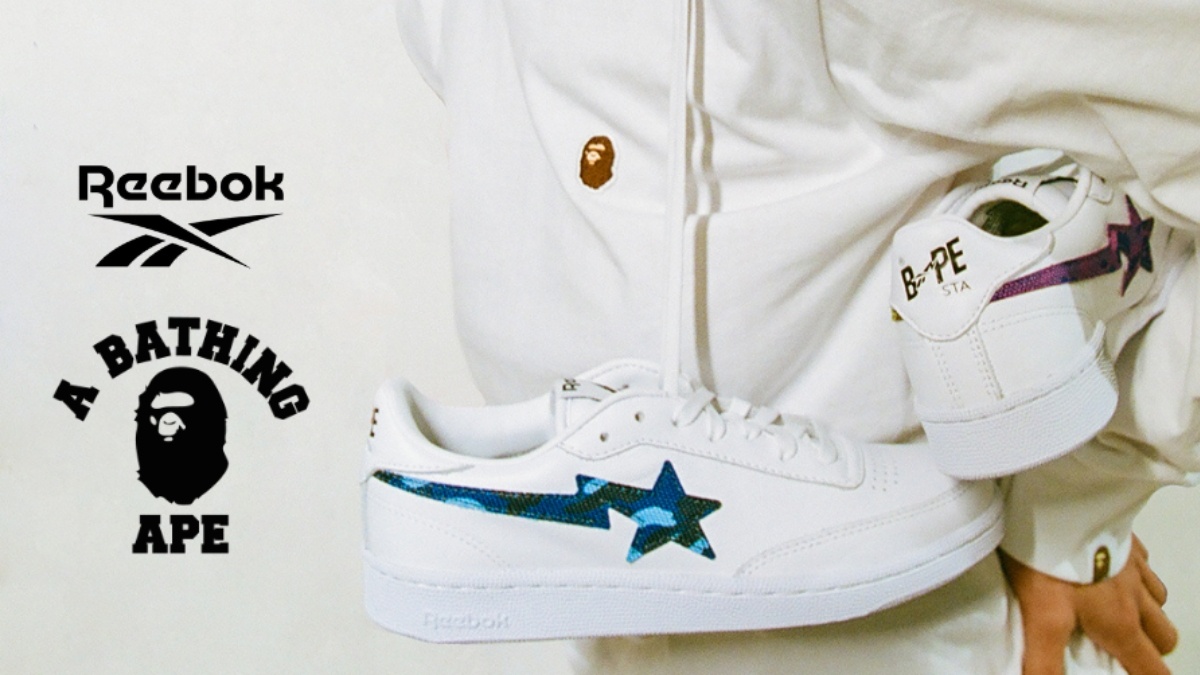 BAPE and Reebok are no strangers to each other. Together they have already given several models a new look. This year they will do so again, focusing on the Reebok Club C 85 and the Instapump Fury.

A Bathing Ape has significantly modified the look of the classic Club C 85. The leather base remains recognisable, but there are no extra stitches on top of the leather. It is completely smooth.

On the sides you see the star that BAPE also uses on their own sneakers, BAPE STAs. This star is made of canvas and has a different colour on all side panels. The blue, orange, purple and green camouflage prints make the white shoe a bit more colourful.

In addition to the Club C 85, A Bathing Ape and Reebok are introducing the Instapump Fury. This model is also covered in camouflage prints in different colours. If you're looking for a sneaker that really stands out, it's this one.

On the upper, you will see a lot of different colours that both contrast and match. The entire upper is made of canvas, except for the inflatable element. This is made of a different material.

The instep features branding from A Bathing Ape and Reebok. 'BAPE STA' is embroidered on the heel with the first A being the Reebok logo.

The BAPE x Reebok 'Multi-Color Camo Pack' has only been dropped in Asia for now. Do you want to stay informed about a possible global release? Follow us on Instagram and Facebook and keep an eye on the release calendar.